We Are Currently Available Online!

All showroom consultations by appointments only, please call 416-736-7276

Our specialists work from their home office and stay in regular communication with customers. If you have any questions chat online with a specialist or call 1-866-451-4451

We will monitor the situation closely and do all we can to protect our employees, partners and customers. Our greatest wish for you and your family is that you are safe and healthy.

HOW MODERN UPVC WINDOWS ARE MADE – HISTORY AND TECHNOLOGY 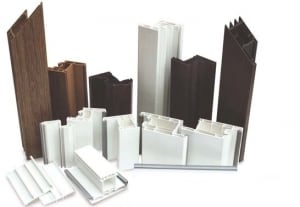 All of us nowadays are used to having uPVC windows at out homes and think of them as an integral part of any home design rather than of a technology achievement. Several decades ago it was quite difficult to imagine that polymer of vinyl chloride will so rapidly change our life and deliver a new level of comfort. Let’s take a look into some recent history of UPVC windows to see how this beautiful and convenient product has become available to homeowners.

Not so long ago we were quite used to traditional wooden frame windows and rather comfortable with them. But mankind has always been committed to finding better materials which will make our life easier and offer such benefits which natural products cannot offer.

PVC was one of the materials discovery of which became an accidental occurrence and it had a long and hard path to go before it was able to get widely spread in the industrial production.

The first accidental discovery of PVC dates back 19th century, the years of 1838 and 1872 – experiments done by French and German scientists led to discovery of vinyl chloride gas which was accompanied by appearance of the PVC in a white solid state. At that time noone managed to bring that material to commercial level for the reason that it was very difficult to work with.

In the beginning of the 20th century polymerization of vinyl chloride with sunlight was patented by a German inventor.

The really successful PVC experiments took place in the USA shortly after, when Waldo Semon, an American chemical engineer managed to synthesize the polymer having the goal to replace natural rubber. His method of plasticizing PVC by mixing it with different additives was patented and brought to us a flexible material which is easy to process and use commercially. 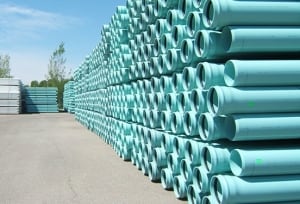 The first commercial application of PVC after it was invented by Waldo Semon began with it being used as water resistant fabric coating.

Five companies started mass production of PVC by the middle of the 20th century, and in the following decades found even more innovative uses in various industries.

PVC durability has been enhancing as well, thus leading towards applications in the construction industry.

PVC was becoming an essential and integral product of the building applications with all its beneficial properties such as resistance to light, corrosion and chemicals and even extreme temperatures.

At present PVC takes third place in production volume among other types of plastic in the world. Lots of industries including health care, transportation, textiles and clothing, construction etc. have been relying on this outstanding polymer which besides its excellent durability also has a low cost.

One of the most popular construction application of PVC is plastic windows, or uPVC windows. “u” means it is unplasticised, i.e. not softened by chemical plasticizers.

Being a mixture of chlorine, carbon and hydrogen, uPVC in its pure state is not very suitable for window profiles that is why some stabilizers are being added to it and then uPVC becomes perfect for window application.

If you have installed uPVC windows then you don’t need to worry about them being affected by weather, rotting, swelling or fading colour.

Lifespan of uPVC windows is considered to be about 25 years and then the material can be recycled at high temperature..

How uPVC windows are made

Production of uPVC window starts by putting molten uPVC into precision die to form a profile. Each profile has its own design characteristics.

uPVC profiles are then cut into sections of the specific size which are joined together by means of heat fusion welding to form a window shape. Each profile has metal reinforcements inserted for extra strength and stability. Welded corners of uPVC profiles are then being cleaned by corner cleaning machines and profiles are being assembled into windows.

And that is how beautiful custom shape plastic windows are being manufactured in window factories. Each uPVC window is made according to the correct size measured by the installer, so that guarantees a perfect fit for every installation. For your convenience uPVC windows are made in a wide array of styles such as casement windows, single hung windows or double hung windows, awning windows etc. Also, uPVC window profiles come in various colours so you can create an even more attractive and custom look for your house.

If you have any questions about how uPVC windows are made and how they function, please, feel free to ask our experts.

Our doors and windows are made to order per your requirements, for that reason we cannot provide quotations over the phone or email.

Feel free to drop us a line by completing the form below and we will arrange a FREE and NO OBLIGATION, IN-HOME QUOTE.